So my son’s been going through a strong princess phase for the last year. As he announced to me, one evening, “Daddy? I’m excessed with Disney princesses.”

In his big love for all things Disney, he’s fascinated by the villains. And he’s predictably drawn to the villains who scare him.

Many of the Disney movies we’ve borrowed from the library have ended up scaring him. He’s watched The Little Mermaid exactly once, because Ursula scares him. Ditto with Beauty and the Beast (which, btw, is objectively terrifying…beasts, wolves, murderous bands of villagers, Gaston’s chest hair).

Despite these fears, my son loves to linger on the villain pictures in books and has lots of questions about their hair and capes and gowns.

As I’ve become reacquainted with these villains for the first time since childhood, I see them with fresh (and catty) eyes.

And I wonder if my son is actually drawn to drag queens, cuz let’s face it: all Disney villains are basically drag queens. 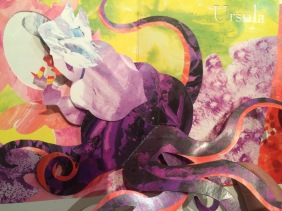 That hair? That voice? That bust? That double chin?

She sexually abuses all her backup dancers and performing drag artists. But everyone knows she’s in control, because: She. Is. The. Queen.

Seriously. She must have been written by a drag queen: “A prince? Daddy’s gonna love that.”

And her song? Fabulous. And is that side boob on “never underestimate the importance of body language?” at 2:41? 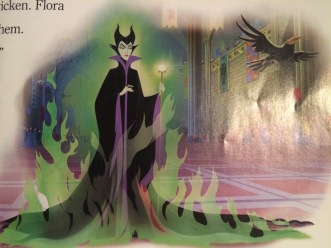 Come ON. Too much fabulosity NOT to be a drag queen.

She’s become the one too old to be young and hot, but too skinny to be old and fat, and full of so much bitterness, her body is still wasted away to cinch herself into an abusive corset and look fierccccccccce.

Theme song: Don’t Cry For Me Argentina (remix, of course) 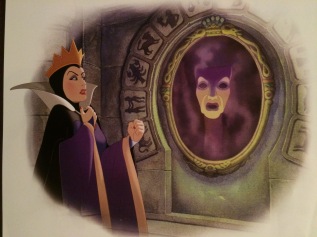 Image source: A Princess book I got for Xmas

The grand dame of the Disney drags. The 45-year-old queen most desperate to hang on to her figure and youth. But most of all: pissed she never got a show-stopping number to be performed in drag bars from here to her fairy tale woods.

Image source: A Princess book given to my son

I mean…she never quite made it. But Cruella inherited serious street smarts to earn a buck.

Poor broad is cold and just quivers off her calories while existing on a diet of cigarettes and gin. The hair is fab, the wasted figured is fab. Ol’ girl needs a puppy coat and then she’ll finally find contentment, love and happiness.

Probably never performed on stage, but loves to guffaw at mash-ups of Joan Crawford (and then cries in the cab on the way home for what never was.) 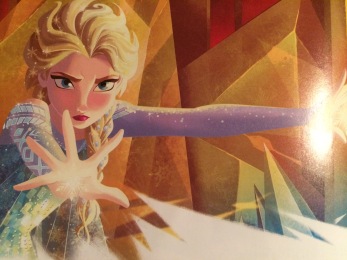 Image source: Princess book #17 I own

So hardcore, she’s nearly a villain. And the moment she changes her dress and flips her hair? I mean, come on. Not to mention this brilliant drag queen performance…

Theme song: If I Could Turn Back Time 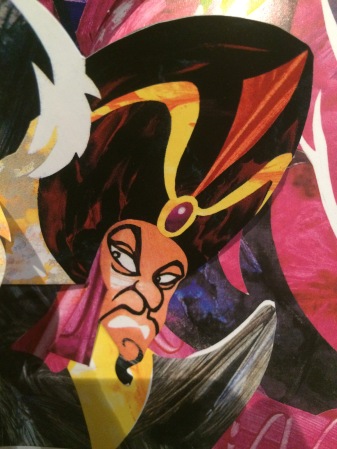 She would be embraced on any drag stage. 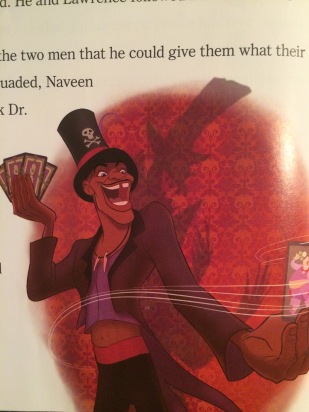 Image source: One of the 15 Princess books I own

I DON’T EVEN KNOW WHO THIS ONE IS

But look at that bare midriff. Drag. 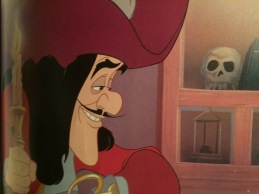 Image source: One of the other 15 Princess books I own 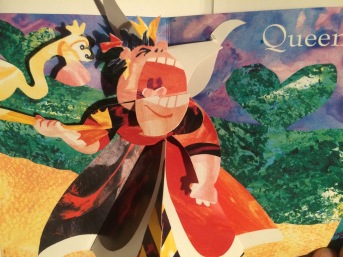 I’m pretty sure this is Gaston from Beauty.